申し訳ありません、このコンテンツはただ今 アメリカ英語 のみです。 For the sake of viewer convenience, the content is shown below in the alternative language. You may click the link to switch the active language.

On day thirteen, Heitaro’s cook suggested hanging a sacred painting of Yakushi Nyorai in the house for protection. He offered to travel to Saikoji to borrow the scroll. However, his legs seized up and he wasn’t able to walk. So instead, Heitaro and his friend Heigoro would journey to the temple to borrow the painting.

Along the way, there was a flash of bright light and a sound like thunder. A bright red stone hurtled through the sky, and struck Heigoro’s back! 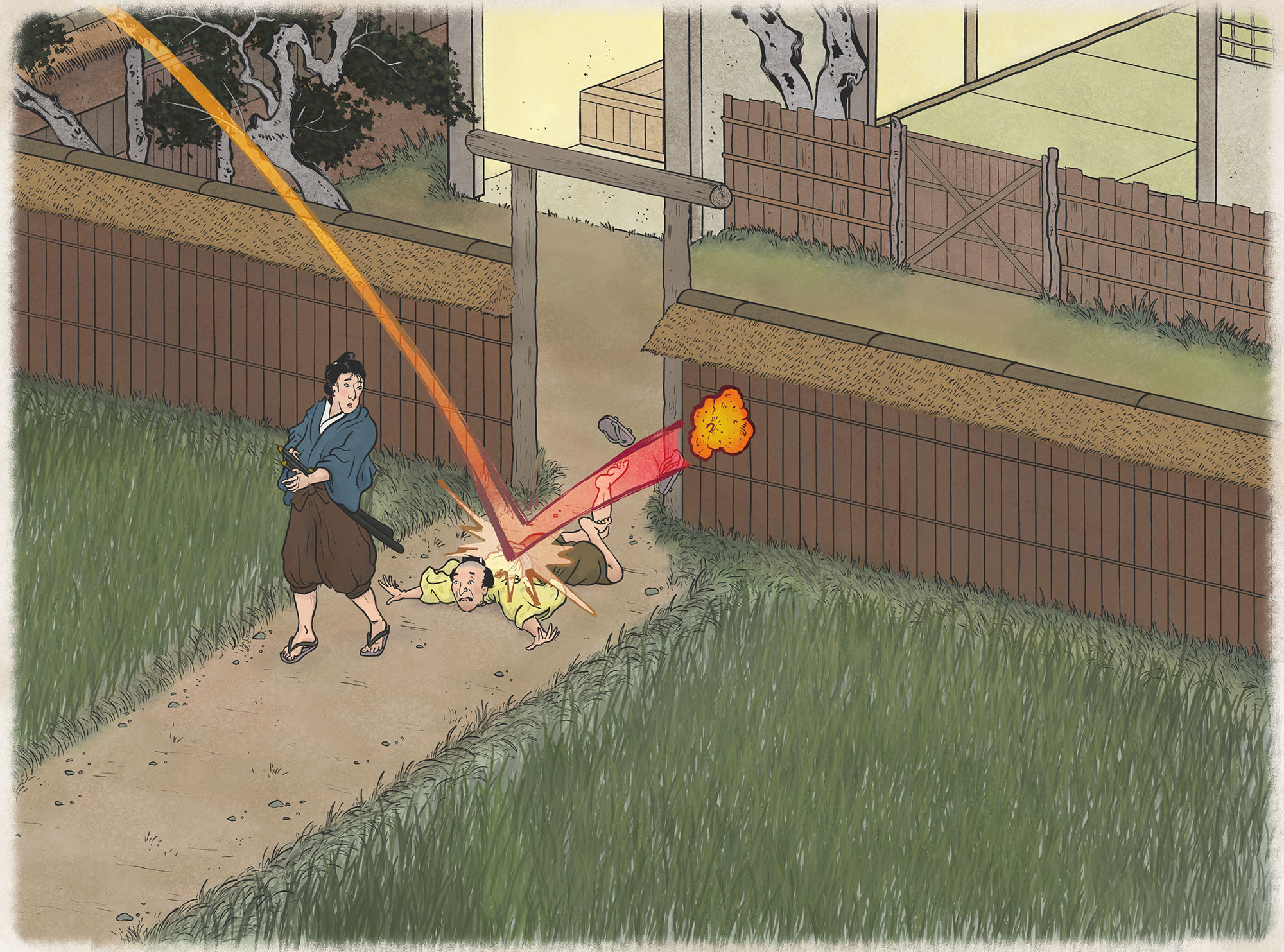 Heigoro fell to the ground, badly hurt and unable to walk. Heitaro had to carry him all the way home.

In the end, nobody got the scroll.