The following evening, Heitaro visited Gonpachi’s house to tell him what had happened the night before. Heitaro was surprised to learn that Gonpachi had been attacked by a yokai too. They decided they had to come up with a plan… They were samurai; they were brave; they would go monster hunting!

As they sat down to strategize their yokai-slaying expedition, suddenly the lantern in the room flared up, and the flame blasted up to the ceiling! 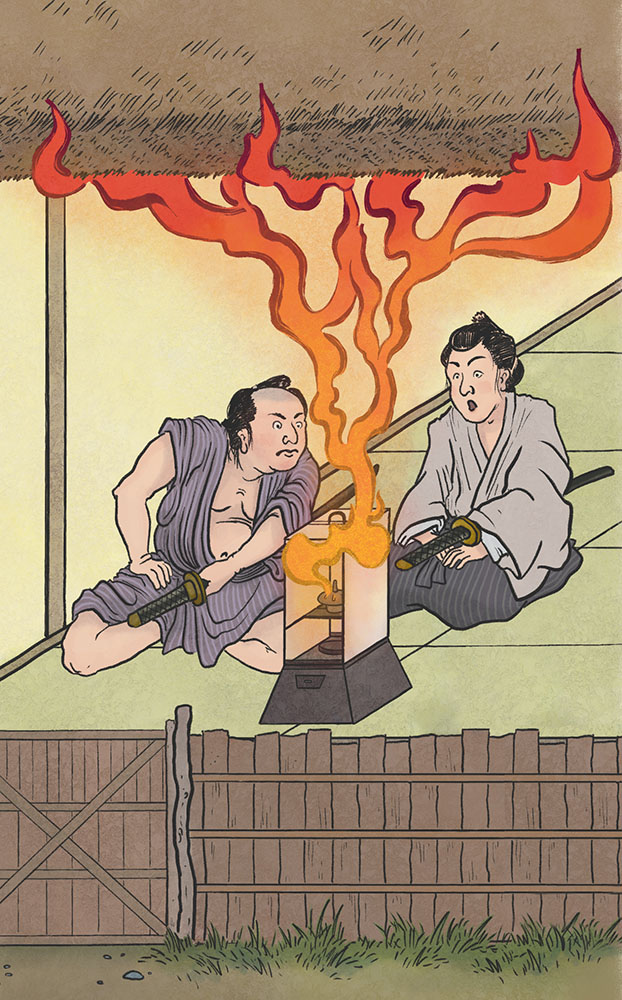 Gonpachi began to freak out just a little bit at the sudden blast of fire, but just as the night before, Heitaro kept his cool. Their meeting over, Heitaro went home and went to bed as if nothing had happened.

But of course the story doesn’t end there!

As Heitaro lay down to sleep, suddenly water began gushing up from inside of his futon and filling the room. Heitaro lay in bed and tried to ignore it, but soon the water level rose up to his ears and threatened to submerge him. So he sat up and waited for a bit, and eventually the water all drained away. Soaking wet, Heitaro lay down and went back to sleep.

At that moment, Ino Heitaro realized that these supernatural events were probably going to continue, day and night, for some time…