On the fifteenth day, Heitaro heard a funny noise in his living room. It sounded like a voice shouting “Tontokosa kokoni!”

The sound was so bizarre that Heitaro had to investigate. It seemed to be coming from a painting hanging on his wall. Heitaro lifted the painting and… 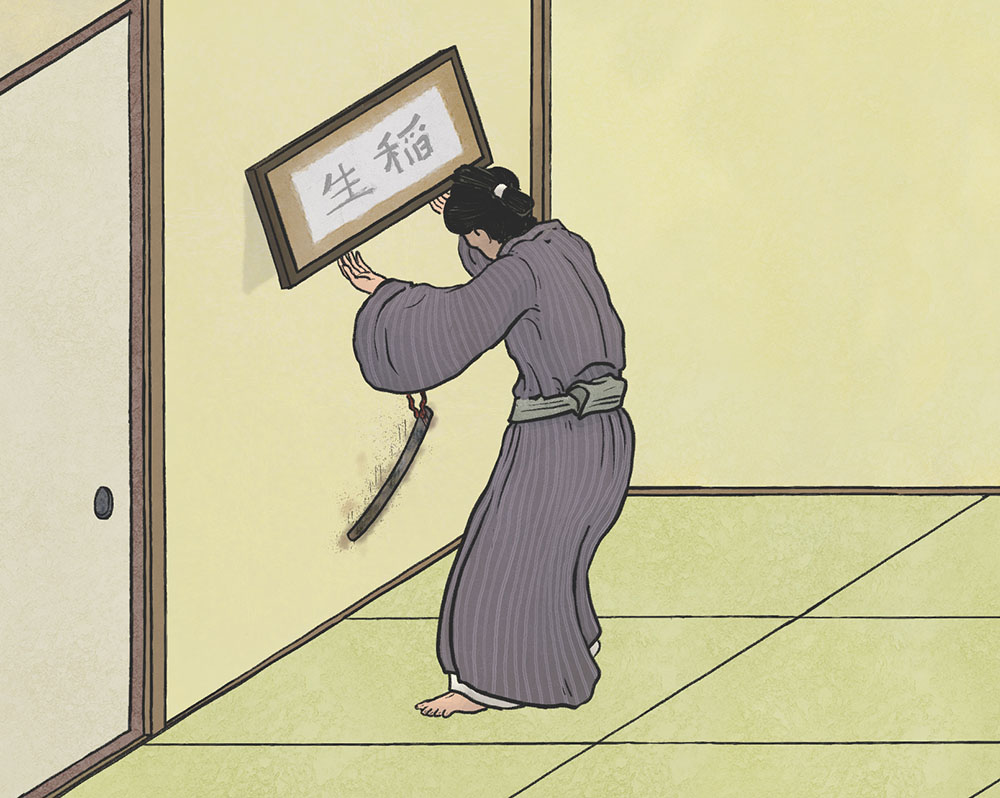 …the missing sheath from the other day fell out from behind it, covered in dust and grime!

That night, Heitaro went into his room to prepare for bed, only to discover that the floors, walls, and ceiling were all covered in sticky glue!

There was no place to lay out his futon. Heitaro had no choice but to sleep sitting up. He glued himself to a pillar to keep from falling over.